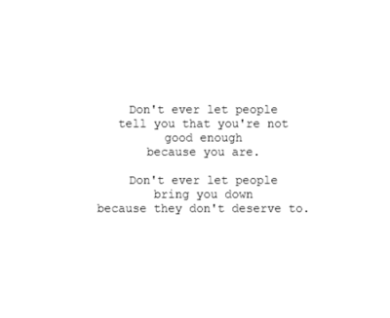 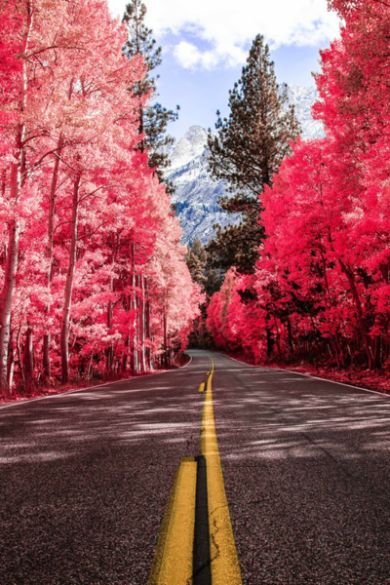 The month started out pretty badly but I’m glad it has gotten waaaay better, but still really busy these few days so … proper update soon! x 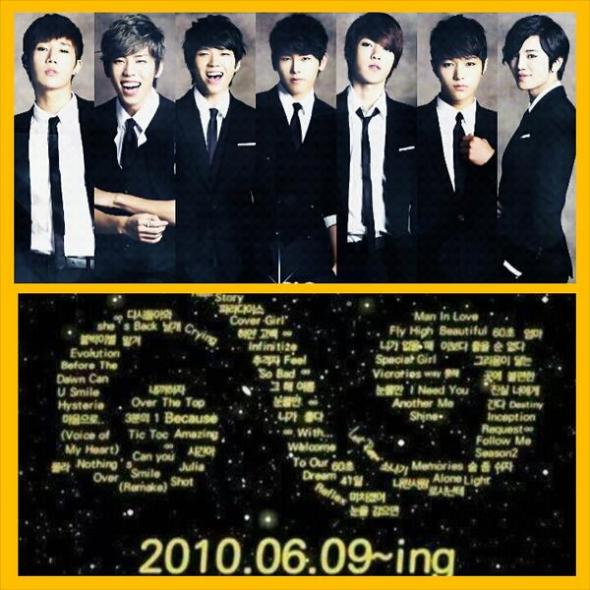 As the clock strikes midnight on 9 June 2014, twitter has been spammed/flooded with tweets pertaining to this special day. As the hashtag trends suggest, #INFINITE4th or #4YearsWithInfinite, today marks the day where it has been exactly 4 years since Infinite officially debuted as a boy group under Woolliment.

Browsing through all the tweets, amidst the really hilarious/epic ones, many Inspirits took the chance to reminisce about Infinite’s journey throughout this 4 years. With their 4th anniversary comes many memories resurfaced, ranging from the pranks pulled during Sesame Player (really miss those days), to their first win with Be Mine on 1 Sept 2011, & to the closely-knit relationship between these 7 boys who come together as Infinite.

Albeit not being an Inspirit right from the start since their debut on 9 June 2010, I’m more than certain I’ll stay as an Inspirit till the end. No scratch that, there won’t be an end, it’ll be forever :’)

Once you become an Inspirit, you will be Inspirit forever. We will also be Infinite forever! – Dongwoo

Never has this quote been more apt. In the recent months, there have been many … issues popping up. Setbacks, disappointments & what-nots. But it’s the true Inspirits who will be sticking with them forever till the end of time, isn’t it? 2014 hasn’t exactly been very smooth with Last Romeo promotions having mixed reviews, & how Inspirits are all dejected by the mysterious case of lacking in SNS points despite trending in so many countries hmm.

It’s really heartwarming to see how Inspirits are all united as one, coming together for the (almost) daily tweet parties just to get #인피니트 trending :’) Personally feel that Inspirits are more laid back & chill as compared to other fandoms I’ve witnessed, so the effort put in for LR promotions this time really touched me a lot. We failed, Sunggyu apologised to say it wasn’t Inspirits but rather Infinite who was lacking. We cry. We learn. We get back up on our feet, we try even harder than before. If we fail a million times, we get back up a million and one times. Because you know what? As chill as we may seem, Inspirits do not know how to give up. Because we know deep down in our hearts that despite Infinite constantly saying winning isn’t of priority, we know they deserve the recognition, the title of champions, the physical award that crowns them as winners, because they truly deserve it. 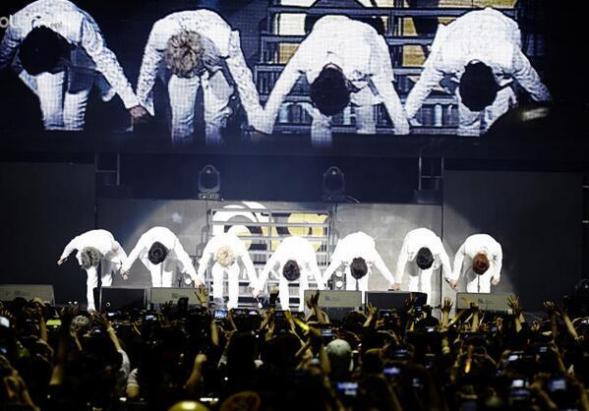 Their sincerity on every single stage performance, singing live & practising for so many hours a day, just to make sure they deliver nothing but perfection. 4 years since debut, and still so humble, constantly reminding themselves of their rookie mindsets, to not get too confident or proud, to always cherish & be sincere in what they do. How rare is it for k-idols to be hand in hand, delivering 90 degree bows to thank their fans, to say “thank you” for possibly a million times during the encore after a music show win, to put the blame on themselves for lacking & hoping to cheer Inspirits up, when we were the ones who were lacking instead.

Our name, Infinite, means “limitless”. We never put a restriction on our possibilities, and we will always improve. – Sunggyu

Still find it amazing  how after all these years, Infinite is the first k-idol group to attract my attention, and make me fall head over heels for them. 7 different charms, 7 different personalities, fitting together perfectly like puzzle pieces, this is what Infinite is :’) I’ve only been an Inspirit for 1.5 years (& counting), comparing to all my other Inspirit friends, it’s not as long. But thank you Infinite for gifting me with an Inspirit family, because such friendships are difficult to come by. Infinite serving as a common topic/bond between Inspirits, laughter//tears//smiles//going crazy//spazzing, all these wouldn’t have been as meaningful without the bunch of hardcore Inspirits I have in my life. And I sincerely thank Infinite for that :’) thank you for the colours added in my life.

131005 will forever be etched in my heart as I got the privilege to witness Infinite’s charms in real life @ Singapore Indoor Stadium. OGSSG was a one-of-a-kind experience, my first time being in the mosh pit. OGSSG served a greater purpose than just a mere concert delivered to fans. It was the connection, the bonding between Infinite x Inspirit, as well as Inspirits x Inspirits :’) How proud of OT7 to successfully hold a World Tour in 2013. Patiently waiting for Infinite to be back in SG for another concert, & no matter how long it takes, we will wait.

The charm of Infinite is that each of the 7 member have their own clear and unique tastes. But we’re also like a combined set of presents. If you fall for one member, we’re sure you’ll fall for the rest of us. It’d be so nice if fans fought over who they liked more. If we continue to think preciously of our fans and work hard to improve ourselves maybe someday people will remember us. – Infinite 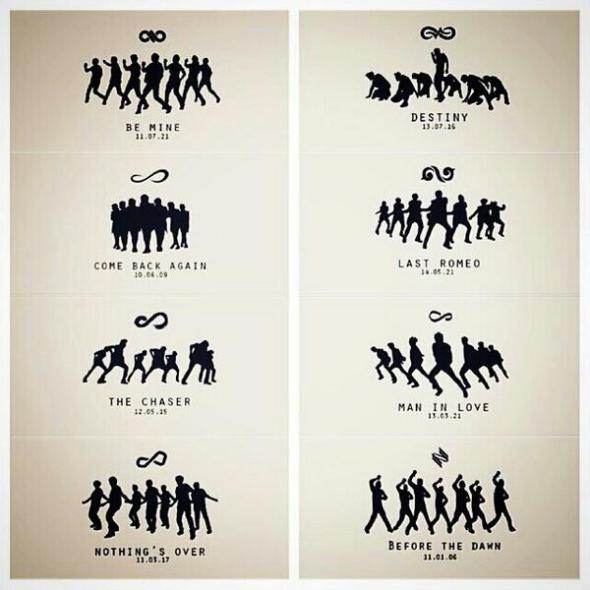 Looking at all these, with the point dances clearly shown on each picture, yet another reason to be proud of Infinite & their perfectly synchronised dance moves. So as we take a trip down memory lane, from 9 June 2010 to 9 June 2014, let’s all hope for many more years to come, and just like what Infinite said in their 4-year anni self cam video, let’s all celebrate the 10th, 20th, 30th, 40th anniversary together :’) Because this love will last to infinity & beyond.

Infinite to me? Something I cannot live without: Family. – Sungjong 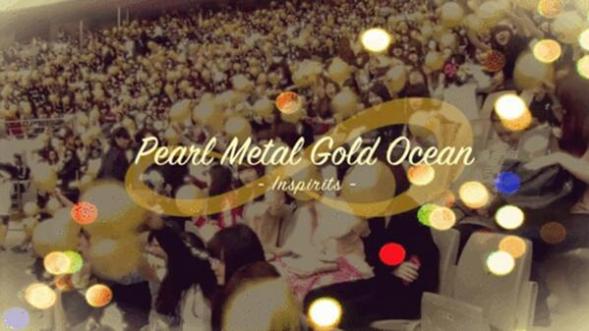 Never been more proud to be part of this Pearl Metal Gold Ocean :’) Once again, Happy 4th Anniversary to Infinite & Inspirits, here’s to many more anniversaries to come x 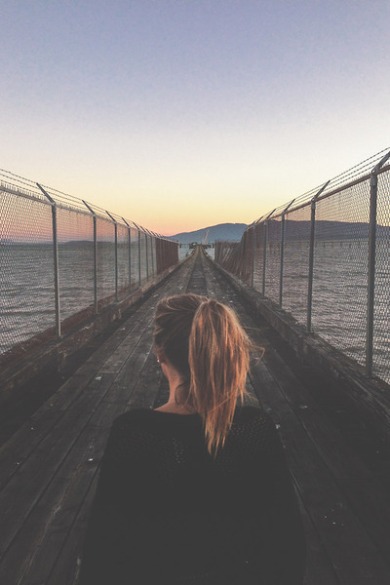 We write in darkness. We love in alleys. We breathe into beige paper bags. Anything to mollify the confusion. Anything to simplify the math. I am beset, even by rest. And when I close my eyes, the world is still macaronic. I feel for the wolf about to be trapped in the landfill. I feel for the crab about to scamper  from the net. I feel for humanity when the brightness of sick knowledge falls from exorbitant air. But remedies abound. There’s a remedy for everything. And a remedy for every remedy.

Life has been pretty much alright on average hee. Was feeling down a while ago, & yet the recent meetups have been the best remedy. It just makes me instantaneously better, worry-free, and felt like everything was … peaceful? And that everything just felt so right & that life was heading the right way. Can’t express how important I cherish physical meetups, because occasional outings definitely serve a deeper purpose than communicating via texts all day long. But of course the daily conversations are therapeutic in a different sense & I’m not complaining about those at all (albeit my mum having issues with me being on my phone so often whooops).

Can’t wait for the 15-day getaway to Korea in July! It feels so surreal this getaway is occurring in 25 days … to think we started the countdown from 91 days! In the blink of an eye, we will be off to Korea already hee. But first, these few remaining weeks will be busy since it’s pretty much filled up like craaaaazy. Busy, tiring, yet meaningful & definitely worth it. Already looking forward to more meet-ups, perks of summer break yaaaay (:

Anyway just wanted to post some thoughts hmm. Feels rather ironic how I realise you’re trying to get the attention, and yet I’m blatantly … ignoring. Subtly, but surely. Because it’s kind of pointless, it doesn’t mean anything to me so I’m not going to put on a facade & entertain whatever you’re saying. To put it bluntly, it’s a waste of my time, so stop trying. Just so you know, you’ll achieve nothing out of it, so why don’t you stop wasting your time too (: In short, screw off.

Foresee my next update to be on 9 June because it’s a … special & meaningful day :’) Can’t believe the 4-year anniversary is approaching soon already hee till then x